Located in the heart of the Appalachian mountains in Charleston, WV, AOMC is a multi-line dealership selling KTM, Husqvarna, Sherco, and Beta and a full line of parts and accessories to keep you ready for the races. Regardless of your location, AOMC can keep you outfitted with all the parts and accessories you need for Full Gas Sprint Enduro racing with their online store AOMC.mx.

AOMC offers a unique racer rewards program, BraapCoin Rewards, and will be giving $10 in rewards to each racer for every Full Gas Sprint enduro entry. You can also earn BraapCoin from online purchases, product reviews, signups, referrals and social media shares at AOMC.mx.

“We’re stoked to have AOMC on board for 2020 as our series presenting sponsor!” said series founder, Jason Hooper. “Jamin and his crew at AOMC understand our series and off-road racing–they sell the bikes, parts, and accessories our racers use every weekend–that’s what we look for in our series partners. The fact that they’re going to give BraapCoin Rewards for every race entry this season so make it easier on our racers to keep their bikes up and running made it a no-brainer having AOMC on board as our presenting sponsor!”

AOMC CEO, Jamin Jones adds, “We feel that grassroots marketing through motivated promoters like Jason Hooper is the best way to advance our sport while introducing our brand to new customers. We couldn’t be more excited to be involved with Full Gas Sprint Enduro racing and are looking forward to bringing yet another pro level racing event to the state of West Virginia!”

The KENDA Full Gas Sprint Enduro Series presented by AOMC kicks off its 6th season of racing on February 8-9 at GTR Complex in Gaston, SC. Pre-entry for the entire season is now open at  sprintenduro.com.

For the 2020 season we will once again be accepting and encouraging all riders who plan to compete in the entire season to use their earned or requested permanent number.  This will allow everyone to get their custom made numberplate stickers made and not have to run the little number stickers we typically give at signup.

All number requests, number changes, class changes, etc. will be done on a first-come-first-served basis through emails to [email protected].

If you do not plan on racing at least 6 rounds of the series please do not request a permanent number. 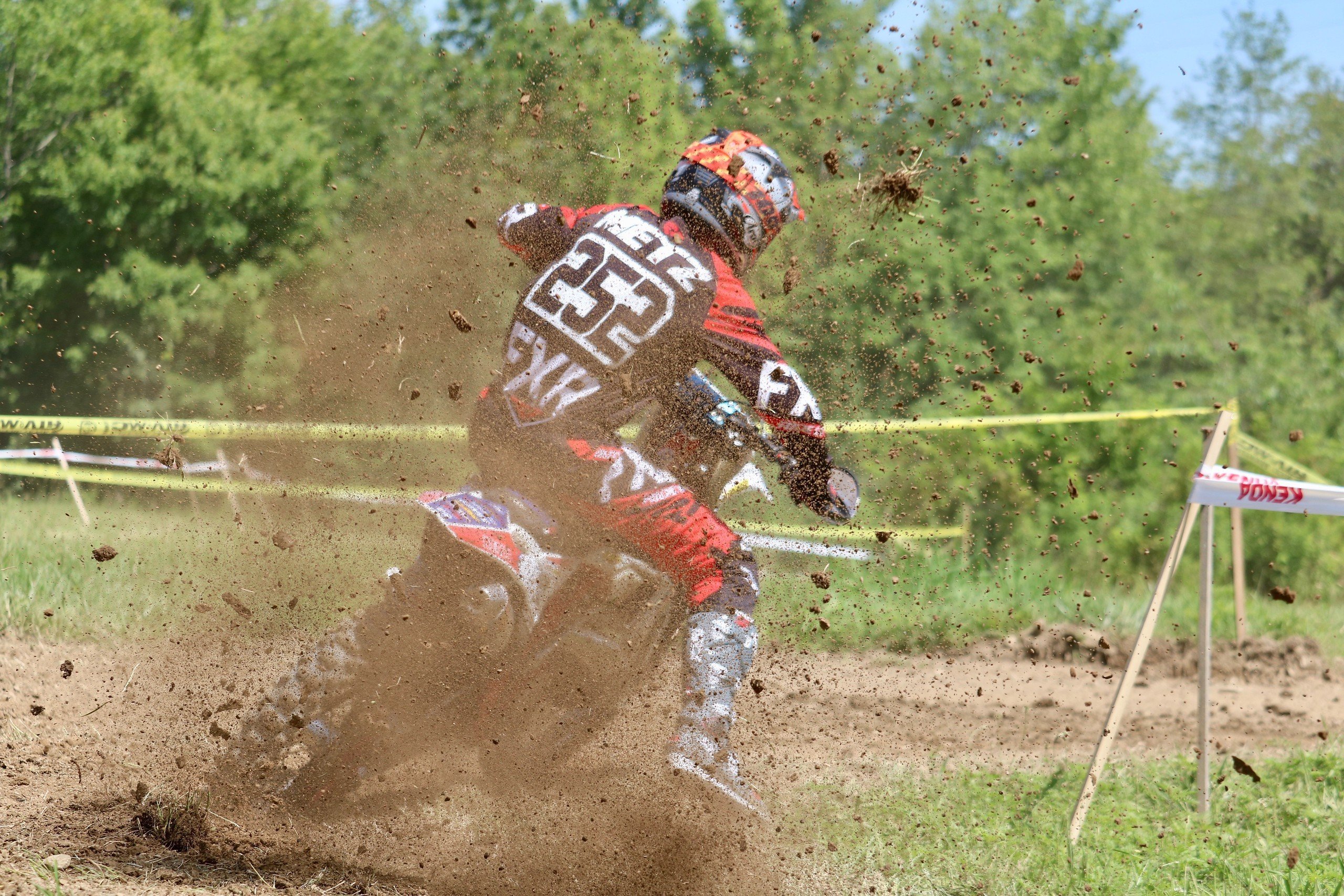 Check out some of our favorites of LisaB’s photos from LL Raceway then head over to her website and find her photos of you!

March 2, 2019 – Blackshear, GA – During the second test of racing during today’s event, course conditions deteriorated to the point where the Full Gas track crew was forced to re-route multiple points of the enduro test mid-race. Unfortunately, these changes were made during the middle of the race and because of that some riders were able to take advantage of the shorter re-routes while others were not, and in some cases were stuck for substantial amounts of time that riders in the class didn’t have to endure. Due to these facts, and pursuant to the AMA rulebook (see below) the decision was made to throw this test out for the amateur classes. Unofficial results with these changes are now posted online at results.sprintenduro.com for review.

In a similar set of circumstances, in the 4thtest of the day, the Pro-Am class encountered multiple pieces of the track where course markings had been torn down which caused multiple riders to end up off track and on parts of the track that had been cut out from re-routes after the first enduro test. Course workers were able to correct these issues before any other classes were affected and because of this, only the Pro-Am class will have results dropped from the 4thtest.

FXR’s roots are in snowmobile racing but in the last few years the innovative gear company has made a massive push into motocross, supercross, and off-road racing in North America and will be supporting many pro and amateur racers alike who will be competing in the Full Gas Sprint Enduro Series.

“I’ve watched as FXR has made its presence known in the off-road world and kept an eye on their awesome looking product as more and more racers began wearing it at our events. When the opportunity arose for us to make a new relationship for our official gear sponsor FXR was the first company that I reached out to. Their gear is of amazing quality in both materials and design and Andy and his crew understand how important it is to support both racers and series at a grass roots level, all things that we’re obviously huge fans of,” said series founder, Jason Hooper.

“I am really excited to have this opportunity to support such a great program as the Full Gas Sprint Enduro Series. FXR builds great product and partnering with the series only seems like a natural fit for us. We look forward to seeing growth in the sprint enduro scene here in North America and we’re happy to be along for the ride,” added FXR’s Brand Manager, Andy White.

The 2019 KENDA Full Gas Sprint Enduro Season kicks off February 9thand 10th, at GTR Complex in Gaston, SC where FXR will be the presenting sponsor of the event. Racers and fans are both encouraged to stop by the FXR display which will be located next to rider registration to check out the 2019 FXR lineup.

For more information on FXR visit them online at fxrracing.com.

To view the complete FGSE series schedule or to find out more about the series head to sprintenduro.com or follow the series on Instagram or Facebook.